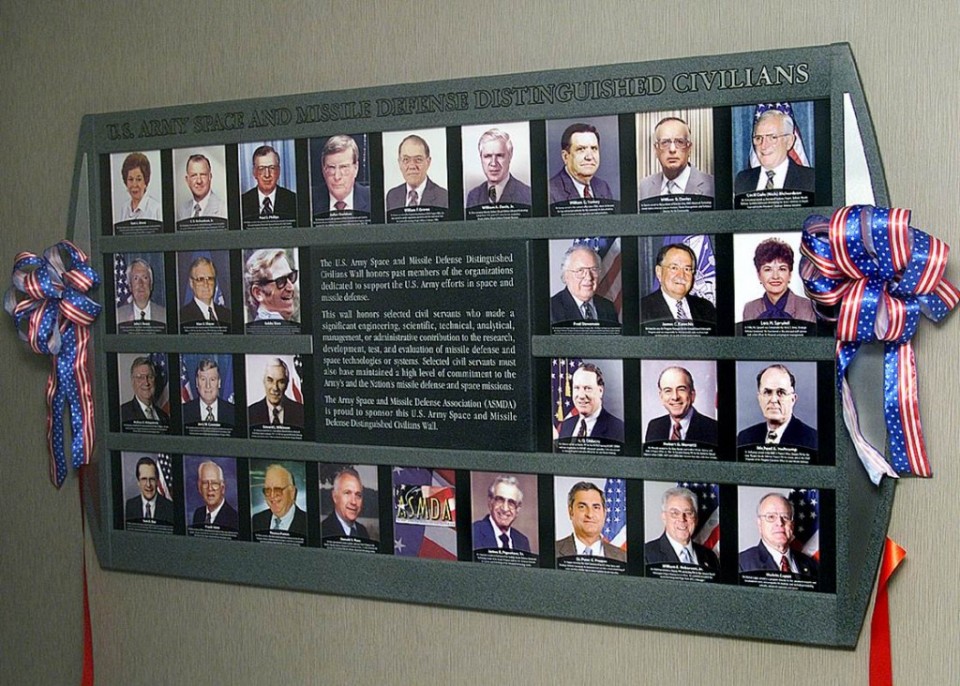 The Space and Missile Defense Distinguished Civilians Wall of Honor recognizes past members of government organizations dedicated to supporting efforts in space and missile defense. It is designed to honor selected civil servants who made a significant engineering, scientific, technical, analytical, management, or administrative contribution to the research, development, test, and evaluation of missile defense and space technologies or systems. Selected civil servants must also have consistently displayed a professional integrity and maintained a high level of commitment to the nation's missile defense and space missions.

The two former USASMDC/ARSTRAT inductees are Joseph H. Butler and Dr. Rodney Robertson. The other two inductees are James D. Brower and George G. Williams. All four inductees distinguished themselves with significant and lasting contributions to the advancement of the missile defense of our country.

Over the past 17 years, 41 members have been inducted into the Space and Missile Defense Distinguished Civilians Wall of Honor. New members are nominated and selected every other year and are widely recognized as true giants of the profession.

"The four honorees who were inducted today are part of the reason for the successes we enjoy today in missile defense and the nationwide respect that Huntsville enjoys today as a leading technology center," said Mr. Jesse Granone, the 2011 ASMDA Wall of Honor chairman and also a member of the Wall of Honor.

Until recently, the Wall of Honor was displayed in the lobby of USASMDC/ARSTRAT on Redstone Arsenal. However, in the next few months, the Wall of Honor is being moved to its new home in the Davidson Center at the U.S. Space and Rocket Center.

Interested parties should watch for the upcoming announcement for the ASMDA reception and ribbon-cutting ceremony.