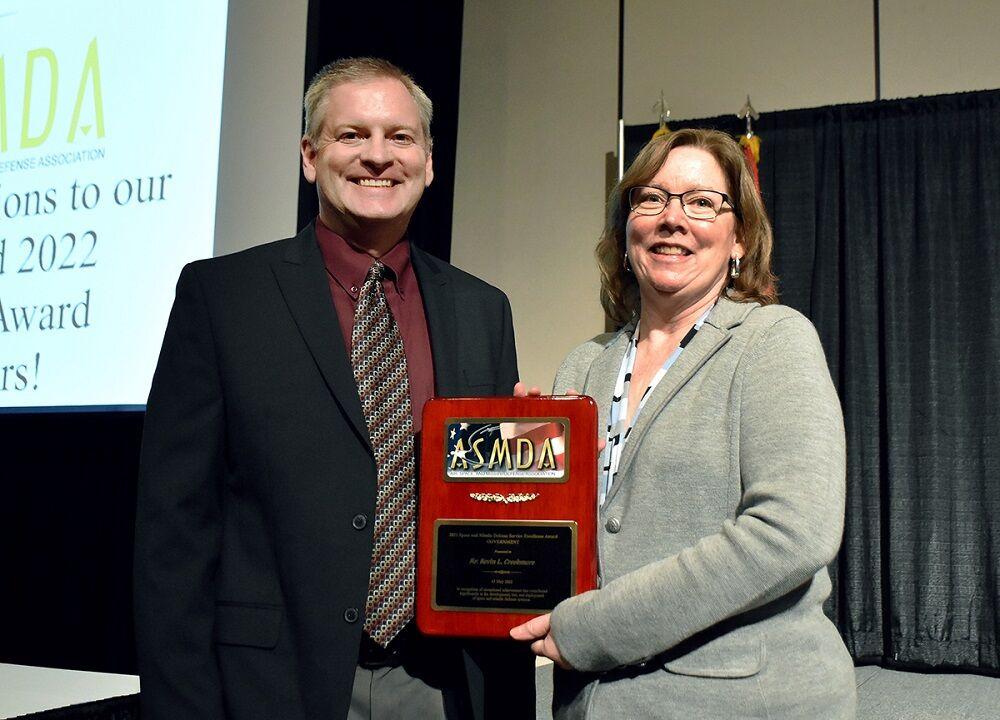 ASMDA presented achievement and service excellence awards in the air, space and missile defense fields to not only SMDC members, but other local government and contractor employees as well.

Jimmy Jenkins, the new ASMDA president, thanked those who attended.

“After a difficult pandemic, I am pleased and honored to be in-person and present for our annual awards luncheon,” Jenkins said. “These awards honor both government and industry technical service accomplishments and recognize exceptional achievement contributing to the development, test and deployment of air, space and missile defense.”

“All the SMDC awardees, thanks for what you’re doing. It’s good to see your hard work come to fruition,” Karbler said.

ASMDA presented 18 awards, with two being from 2020 due to the pandemic. Five awards went to SMDC members.

Ed Cotton and Kevin Creekmore, both with SMDC, also received the Service Excellence award in the Government Individual category.

“Being recognized for the award was not expected in any way, and I very much appreciate my supervisors considered submitting me for it,” said Cotton, an analyst with the Space and Missile Defense Center of Excellence. “Receiving the award says more about the quality of the people I have the pleasure to work with than anything I have personally accomplished.”

“It was great to be recognized for the outstanding work performed by the SMDC Test Directorate. Providing targets and test execution services for missile defense and advanced hypersonic systems to verify new warfighter capability is always challenging but also very rewarding,” Creekmore said.

Michael Durham with the Missile Defense Agency, Christopher Sanders with the Missile and Space Intelligence Center and Dan Mitchell with the Marshall Space Flight Center all received the Technical Achievement award in the Government Individual category.